Could you possibly believe I was back in the dentist chair today?

Yes, after all of the saga I last wrote about, I was back in the chair today for yet another root canal.  Seriously, this has got to end.  Thankfully, the root canal doc is a gem and so are the nurses there.  And, I am counting on this being the last of that kind of thing for a while... with the exception of getting crowns on all these teeth. There is NOWHERE in my mouth to chew these days, and I have literally lost about 15 lbs. since the first of November mostly because of these dental issues! Yes, I needed to lose it, but no, I would have preferred not to do it this way. 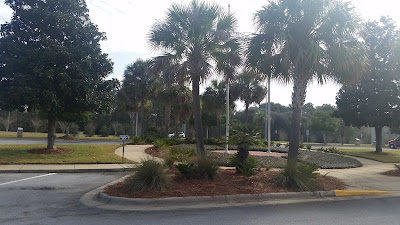 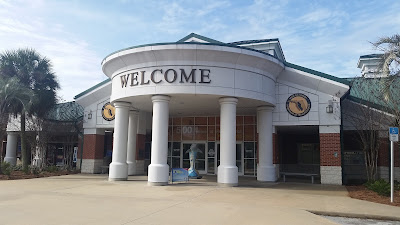 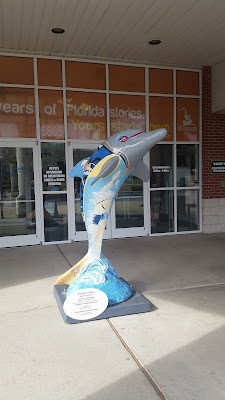 Fortunately, life is not all negativity and dental chairs!  Despite the tooth pain, hubby and I got away for a week in the Florida sun for a belated 30th anniversary celebration.  Of course, we had to stop at the Florida Welcome Center for some freshly squeezed orange and grapefruit juice! We were greeted by the dolphin above and two gentlemen who were serving the juices. 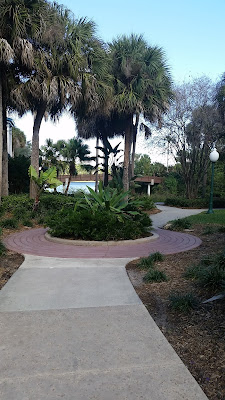 We were scheduled to be in Florida for a conference anyway, so decided to make the most of it and have some "us" time.  We enjoyed the conference, the beautiful weather, a lovely hotel room and resort, and some really wonderful meals.  It was great to have time away to just be together enjoying each other's company. 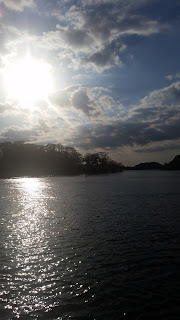 Well friends, I guess I can officially just chalk this up to getting old. When I first went to the dentist back in NOVEMBER!, I had been having some really painful issues with the nerves along my lower jaw line. Usually I could knock it out with a few ibuprofen (Advil) and some heat on it. But, it had gotten consistent enough that I knew I needed to see someone about it. 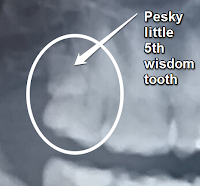 My dentist did x-rays, looked at things, had her technician clean my teeth, and was ready to dismiss me as "nothing really wrong" when her technician spotted a very small 5th wisdom tooth on the x-ray (I had never heard of anyone having a 5th wisdom tooth) sitting up in my gumline just above my other wisdom tooth on the same side that I had been having nerve pain, but in the top instead of the bottom. Well, I had also been experiencing shooting pains in that area on top when biting down on that tooth, so I decided maybe that was the cause of what I was experiencing with the nerve pain in the lower jaw, too. (photo above right: The tech let me take a photo of my x-rays with my phone.) In addition to this, I had also had a tooth extracted six months earlier on the other side of my mouth, for which I needed to see the oral surgeon about an implant. So, I decided to kill the proverbial two birds with one stone and have both the implant done and the wisdom teeth extracted. And, that is how I ended up having this done three weeks before Christmas.

I recovered beautifully from both procedures with very little need for pain medication other than ibuprofen. I was very thankful for this and hopeful that this would be the end of tooth pain. And for a while it was. Fast forward to one week ago... I began to experience further jaw pain, but this time NOTHING would knock it out... 2 ibuprofen, 3 ibuprofen, 4... not a smidgen of relief. I would put a heating pad on it, and it would ease a little but not significantly. I was perplexed because the dentist had not seen anything else suspicious going on with other teeth, so I was stymied about what to do. I began to pray for wisdom from the Lord because the pain continued to get worse and worse, but I could not pinpoint where it was coming from.

Well, on Sunday I received an answer to my prayers when the pain just really intensified and collected in one spot under one tooth. I have never really wanted an answer to prayer to be THAT painful, but it was probably the most pain I have ever experienced (and it was relentless) with the exception of childbirth. After going to two dentists, I ended up in the chair again yesterday for a root canal. Apparently I had a large abscess under that particular tooth that had been festering for a while. The doc who did the root canal said it was huge and no wonder I was in so much pain. He said that an abscess can cause the roots to radiate pain all up and down the jawline, usually staying on one side of the face and rarely crossing over to the other.

The PSA part of this is HOUND YOUR DENTIST if you are experiencing anything like this. My dentist just looked on the surface, saw nothing in particular, and dismissed me (until the tech saw the 5th wisdom tooth). She also didn't seem terribly interested in helping me figure it out. I am not thrilled about that and about the fact that what I went in for originally was not ever even diagnosed by her. I wish I had hounded her further, even though she was dismissive originally (basically telling me I had "self-diagnosed" with trigeminal neuralgia). Nope, I just knew that there was a problem and was trying to get help for it.

Today I am very sore and very thankful to have this issue resolved. And, I am simply worn out from fighting the pain. After a month of dealing with this, I hope to NEVER have another issue like this again. And I wish the same for you!
Flourishes from Charm and Grace at 1/04/2017 05:38:00 PM 7 comments: 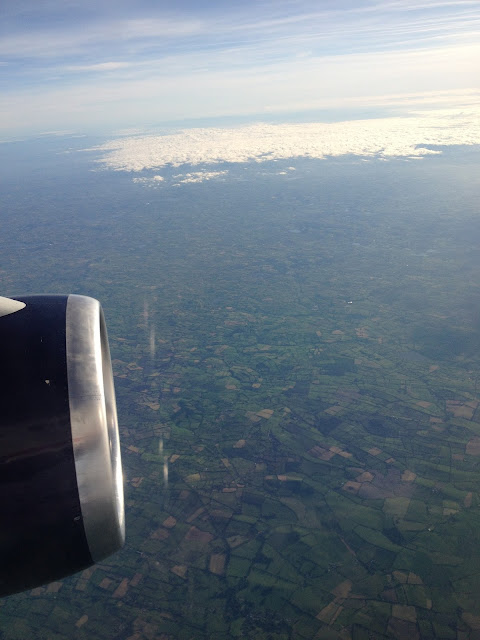